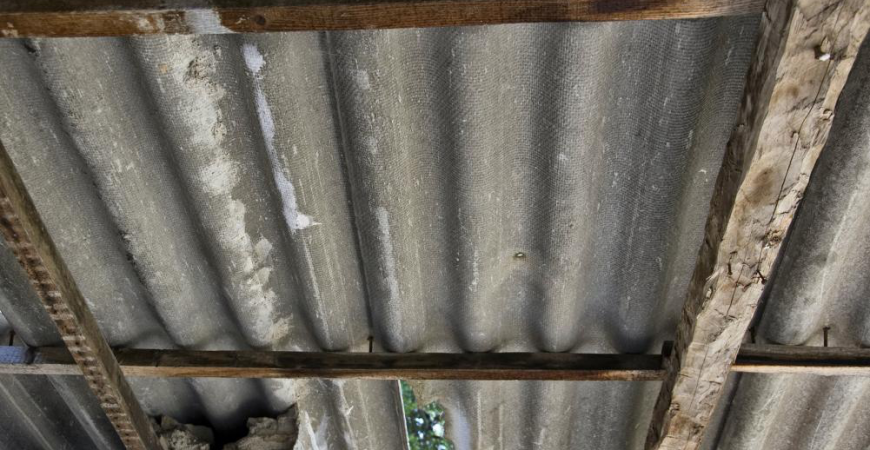 Since it’s almost impossible to identify an asbestos-containing material simply by looking at it, the substance can still be found in places where you’d least expect it to be. While most people assume that asbestos risk is a thing of the past, its use was never completely banned (except in commercial paper, spray-on insulation, and flooring felt), and can still be found in places and materials considered safe for health.

In this blog, we take a look at 3 unlikely places where asbestos might still be lurking.

If such asbestos-containing materials are in good condition, then they don’t pose much of a risk, as the fibers are still tightly bound and unlikely to get released into the air. However, such materials should constantly be monitored for signs of deterioration and damage.

Fortunately, the solution isn’t only limited to removal and the objects can also be isolated or repaired. For example, pipe insulation that has undergone small tears can easily be restored and the risk of a release from damaged areas can be mitigated by using airtight barriers as a temporary-acting solution.

Discovery of dangerous levels of asbestos materials results in building-closures by orders of the federal authorities to allow for proper disposal procedures to take place. Failing to adhere to regulations is considered a criminal offense and one can even face jail time.

The Environmental Protection Agency has released a list of 20 common Question and Answers that address the legal ramifications of incorporating asbestos within construction materials.

Asbestos may be found in the following places:

Traditionally, asbestos was a popular material in hospital buildings and equipment to prevent overheating and fires before its harms were discovered. Maintenance and construction workers, cleaning staff, management, and demolition squads are at the greatest risk of exposures. In fact, the Ivinson Hospital located in the University of Wyoming had its demolition plans delayed due to the discovery of asbestos found in its flooring. Areas where traces of asbestos are still found in hospitals include the floor tiles, insulation around boilers and pipes, cooling towers, electrical wiring, and the HVAC ductwork.

Despite its benefits, asbestos contains carcinogenic substances that are directly related to lung disease and cancer. Our asbestos removal services in Pennsylvania are carried in accordance with the best industry practices and prevent the release of any harmful substances into the environment. Contact us today for more information.

Asbestos and Fire: The Deadly Duo
Next

Are Asbestos Popcorn Ceilings Really Safe?
Made with by Thememove.com