Asbestos and Fire: The Deadly Duo 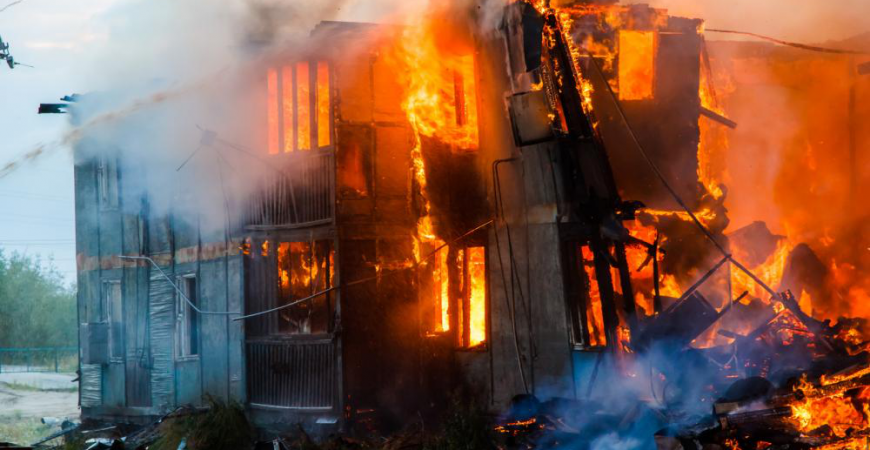 Asbestos is a naturally occurring mineral fiber that is classified as a major health hazard. It contains carcinogenic substances that can cause irreparable damage to the respiratory system and lungs.

While unfortunate instances over the years have made the harmful effects of asbestos well known, the severely deteriorating effects to health caused by the burning of asbestos-containing materials still remain largely ignored.

Here, we take a look at the massive risks that arise when asbestos comes in contact with fire.

The majority of houses built before 1990 are highly likely to contain asbestos in their walls, roofing, eaves, and ceiling sheets. Such buildings, when damaged by fire, tend to spall or crack, causing asbestos fibers to weaken and release into the air. Such instances also lead to significant structural damages to buildings with a higher amount of asbestos.

People exposed to asbestos released during a fire are at risk of contracting asbestosis (lung cancer) and a highly-aggressive cancer known as mesothelioma, that results in scarring of the lungs. Developing asbestosis can take anywhere from 10 to 50 years and advanced stages of the disease can lead to improper respiratory functioning and disability. Mesothelioma is a rare form of cancer that affects the membranes lining the lungs, stomach, and chest cavity. Firefighters record some of the highest rates of mesothelioma, due to inhaling asbestos particles released during building fires.

The risk of contracting mesothelioma and asbestos are significantly higher for people who are near or have just escaped building fires and have breathed in asbestos dust. The threat is also higher for older structures that contain large amounts of asbestos found in pipes, boilers, roofing and flooring materials, and cement shingles.

A good example is when the World Trade Center collapsed on 9/11, releasing massive amounts of debris, dust, and smoke containing a number of hazardous and toxic substances, including asbestos that affected around 410,000 people.

An estimated 2000 tons of asbestos was crushed into ultra-fine particles that scattered into the air, putting thousands at risk of lung disease and cancer. More than 15 years from the incident, 40,000 people have at least one form of illness or disease as a result of the aftermath.

Around 35 million houses in the US contain Zonolite, a vermiculite attic insulator that is usually brown, gold, or gray in color. Routine house fires that come in contact with Zonolite release asbestos. 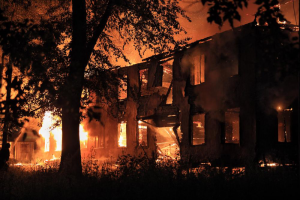 To conclude, the risks associated with fire and asbestos are numerous. Even today, there are a large number of pre-1990 buildings still standing that have weak infrastructures and are prone to damages that could potentially lead to an asbestos release. Our asbestos removal services in Pennsylvania help commercial and residential residents with safe and effective removal of this harmful substance. Contact them today for more information.

How to Reduce the Chances of Lead Exposure
Next

3 Places Your Still Likely to Find Asbestos
Made with by Thememove.com